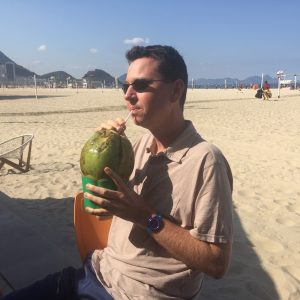 Nick was born and raised in Australia but he has been living and travelling overseas since 2001. He has a degree in journalism and he has worked at eight Olympic Games as a reporter, supervisor and project manager. From 2001-04, he led English-language walking tours in the historic centre of Rome. He is a qualified English teacher and he taught English for four years. From 2014-16, he worked as an English examiner for the International Committee of the Red Cross. His interests include travel, languages, photography and Australian Rules football. Contact him at nick [at] englishin10minutes [dot] com. 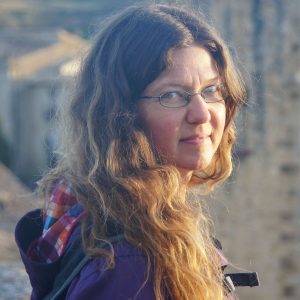 Wendy was born and raised in the USA but she has been living and travelling overseas since 1999. She has a degree in Brazilian language and culture and speaks six languages. From 2001-04, she led English-language walking tours in the historic centre of Rome. From 2010-16, she was a translator for the United Nations in Geneva and during this time she also obtained a master’s degree in human rights. Her interests include vegan travel, languages, oatmeal and figure skating. Read her blog The Nomadic Vegan or contact her at wendy [at] englishin10minutes [dot] com.